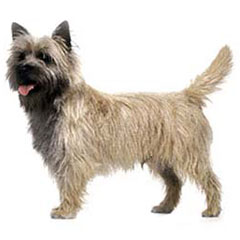 Of all the small shaggy terriers from Scotland, the Cairn Terrier was the last to be named but might be closest to the original terriers working in the Scottish Highlands to ferret pests like otters and rats from the piles of rocks, called cairns, on farms. Once called the Short-Haired Skye Terrier, the Cairn could also help hunt badgers, foxes, and weasels by crawling into their dens and forcing them out. Often working on their own, Cairns had to be independent decision-makers, a trait they still own. The first Cairn Terriers came to the U.S. in 1913. Today, the Cairn is the 48th most popular dog breed.

Fond of children but fierce with trespassing backyard wildlife, adorably small and gigantically courageous, the Cairn Terrier can be hard to pin down. One moment, he will curl up on your lap for a dose of affection. The next, he's too busy and independent to acknowledge you. Sturdy and tough, Cairns don't have the delicate bone structure of many small dogs and make good playmates for kids. Curious and active but conveniently portable, Cairns love to travel, go on long walks, or learn new games. They like to spend time outside with you, but must live inside as part of the family. They often get along with other dogs, but may squabble with same-sex dogs of a similar size and might not be able to stop themselves from chasing cats. They also bark…sometimes a lot. It's only because they have so much to say.

Small and shaggy with bright, shiny eyes, the Cairn Terrier doesn't look fancy or done-up. Instead, this breed is all working terrier, fully equipped with the big jaws, big teeth, and big front paws of a vermin hunter. Cairns stand forward on their front legs, ready for action with ears and tail up. They have small, pointed ears, a petite but muscular body, and a rough, weather-resistant double coat with a soft, furry undercoat in any color but white. Most Cairns are wheaten, red, black, or brindle (dark stripes over a lighter background), and many have darker ears, muzzle, and tail tip.

Sometimes you have to be firm with a Cairn, so he knows who makes the rules. However, firm doesn't mean punishing – loving kindness and a sense of play will win over this cunning character much faster than harsh words or boring drills. Don't let the Cairn get away with anything you don't like, and he will soon learn what is and is not acceptable behavior, from what he can chew and when he can bark to where exactly the bathroom is. Because Cairns love to learn new things, especially tricks, they will enjoy fun obedience classes, dog sports like agility and rally, and short training sessions every day. Even the kids can get involved. As far as the Cairn is concerned, the more, the merrier.

To maintain a true Cairn Terrier coat texture and look, dogs should be stripped, a tedious process of pulling out dead hairs by hand or with a stripping knife about once per month. Your breeder can show you how. Pet owners often prefer to brush, comb, and use a slicker brush to pull out dead hairs about once a week, then take the Cairn to a professional groomer for clipping every 6 to 8 weeks. Bring a picture of a properly groomed Cairn, or the groomer might mistakenly clip your Cairn like a Scottie or a Schnauzer. Bathe the Cairn only if he rolls in something smelly - too much bathing can trigger skin problems. Brush teeth daily and trim nails every few weeks.

Terry played Toto in "The Wizard of Oz" and had roles in "Bright Eyes" with Shirley Temple, "Fury" with Spencer Tracy, and more. 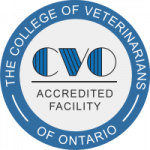